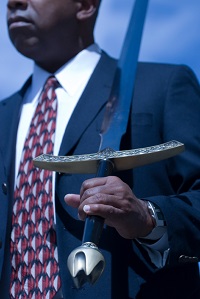 What can your business learn from Game of Thrones?

With the world once again transfixed on the acclaimed series Game of Thrones, we decided to look at what your business could learn, yes learn, from the goings on in Kings Landing, The Wall and the Free Cities. Be warned, spoilers follow!

Look out for your own

Whilst I certainly wouldn’t suggest killing off your competition akin to a Red Wedding, Game of Thrones does teach the idea of looking out for yourself and being ruthless. Characters such as Tywin Lannister regularly exhibit this mentality – doing things solely for the benefit and preservation of family (read business). This sort of approach can be helpful as you try to make your business the best that it can be.

Take outside expertise and use it when needed

The self-proclaimed rightful king of Westeros, Stannis Baratheon administers the help of the fire priestess Lady Melisandre. She predicts that by submitting to the Lord of Light, Stannis will overthrow the Lannisters and become the rightful king of the Seven Kingdoms. What can be learnt from this? Sometimes it is beneficial to trust outside expertise.

Sometimes too much honesty can work against you

Ned Stark’s discovery of an incestuous affair leads him to questioning the legitimacy of Joffrey Baratheon as the rightful heir to the throne. Ned’s trust of the duplicitous Littlefinger leads to his arrest and consequential beheading. Ned’s trusting nature lead to sensitive information being used against him. For your business, it is equally important not to be too trustworthy with sensitive information. After all, you don’t want your competitors to know things that they can use to their advantage.

Winter is coming; be prepared

Seasons last for years in Westeros and currently the inhabitants are experiencing a long summer. However, this is about to end and Westeros citizens are preparing for a bleak winter. Well your business needs to plan ahead too; it’s far better to be active than reactive, especially when it comes to marketing activity. Fortunately, we of Earth have a pretty good idea of when to expect seasonal change, meaning there’s no excuse for not preparing your spring, summer, autumn and winter activity.

Dragons are a USP

Daenerys Targaryen is one of many people claiming to be the rightful heir to the throne. Unlike her rivals though she has something which is universally feared, dragons. This is the unique selling point that makes her both respected and feared. The power of these dragons give her a distinct advantage over her other rivals. So what is your USP? Pinpointing something that your competition has not touched upon is key to building a successful business.

Don’t give up, circumstances change

Another ongoing issue in the series is that surrounding the Night’s Watch, essentially the vanguard of Westeros. Initially the role of the Watch is seen as irrelevant in light of the War of the Five Kings happening down south. However, with the growing threat of a Wildling army marching on the wall and the terrifying prospect of the zombie-like White Walkers returning, the role of the Night’s Watch suddenly becomes crucial to Westeros’s survival. Just because people don’t understand your business at the moment doesn’t mean changing circumstances won’t alter perceptions in the long term. Factors such as new legislation, an economic upturn or just a rise in general interest in your type of product or service can significantly affect how relevant your business is deemed by the public.

That’s it for our six lessons; we hope you found them useful and perhaps even entertaining!

Do you agree with our list or do we know nothing? What other lessons can be learnt from the show, and while we’re at it, what other TV shows do you think can teach us something about business? Get in touch via the below comments section.

Brought to you by David Goulden. 10 ethical businesses you need to know about

While over sixty per cent of the workforce say that becoming their own boss is their main career ambition, in…

Since the recession began, you couldn’t open a paper or switch on the television without being confronted by some story… What you need to know before opening your coffee shop To enter business awards or not? Guest post from The Good Web Guide