When the Coalition government was first announced, many small business owners were confident that it would put enterprise and company formation and the centre of its plans for economic recovery.

Indeed, just a month after the Emergency Budget was announced, a report revealed that over forty per cent of recently formed company owners felt that David Cameron’s coalition not only supported small business, but that it would actively stimulate company formation and company registration.

However, according to a recent report conducted by the Forum of Small Business and Enterprise, business owners have begun to lose faith in the coalition. The report found that , of the five hundred and eighty business owners who took part in the survey, just over fifty per cent feel as though they have been let down by the government.

Ben Monks, spokesperson for the FSBE, comments; “When the coalition government first came into power, they promised an enterprise led recovery. The small business and company formation sector not only expected support but also innovation. As the report reveals, many small business owners feel they have failed on both counts.”

Companies House will not be forming UK Limited Companies on Monday. Applications for formations can be processed on our system…

Last Updated: 25/09/2014 If you sign up (it’s free!) to our ICAEW Accredited Company Secretarial (Cosec) System, we will colour…

All you need to know about… 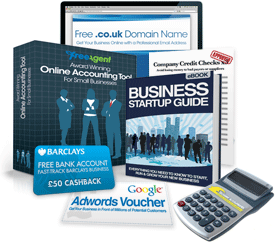 Guide to your Free Business Start Up Toolkit