When the government first announced its plans to scrap the default retirement age, many people feared what implications this decision would have on the company formation and small business sector; some felt it would put pressure on companies that were already struggling in the current economic climate.

However, beyond the economic implications of the decision, a recent report conducted by the Federation of Small Businesses, has revealed that many small businesses are completely unprepared and have no plan for how they are going to cope.

The survey, which involved over one thousand business owners across the UK, found that fewer than ten per cent felt that their company was well prepared to deal with an increasing volume of older employees.

Rita Kelly, spokesperson for the FSB, comments; “The fact is, the average age profile of the UK’s workforce is increasing. Companies need to be prepared for how this will impact their business and plan for every eventuality.” 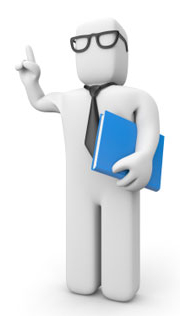 We Need a ‘Credit-Crunch’ Minister, Says the Company Formation Sector

From the feedback we have received from our clients, many small business owners feel ‘unsupported’ by the government, to a…

The Government has launched exciting plans to expand the scope of the New Enterprise Allowance (NEA), which it hopes will…
Follow @MadeSimpleGroup