Much has been made of how the recession has resulted in redundancy and pay freezes for a large proportion of the UK’s workforce. However, what about the small business owners? How has the poor economic conditions impacted them financially?

According to a recent survey conducted by Alliance & Leicester Commercial Bank, most small business owners have taken a cut or chosen to freeze their own personal salary.

The report found that almost sixty percent of company formation owners have taken a cut in salary, while only twenty percent have made the controversial decision to cut staff salary. A further thirty percent of all those asked, said that they had made significant ‘personal financial contributions’ to their company.

Katherine Jones, small enterprise director at Alliance & Leicester comments: ‘The findings of this report reveals the total and utter commitment small business owners in the UK have had for keeping their business a float during the recession. Most small business owners have not only made significant financial sacrifices; they have also sacrificed holidays, company cars and other incentives.” 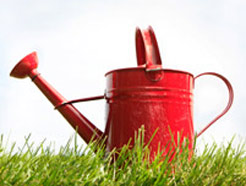 1. Establish your mission. Your mission statement explains why your company exists. When you encounter a problem or a key…