While many business analysts and economists have predicted an improved economy for 2010, many company formation owners are still predicting that 2010 will be a challenging year.

Indeed, of the six thousand companies asked in a new report conducted by the O2 business center, 56% have stated that they are planning further redundancies and pay freezes this year, while over 20% expect to have to cut staff incentives, such as bonuses and company cars over 2010.

Matthew Lilley, the enterprise director of the ONS, comments; “It is fair to say that 2010 will still be a difficult year for the SME sector, this compounded by the planned increase in National Insurance will stunt the sectors recovery well into 2011.”

Unemployment figures going into the new year, is still at an all time low and are estimated to peak at over two and a half million towards the end of 2010.

Since the recession began company formation owners have faced two main challenges: declining consumer spend and a restricted access to… 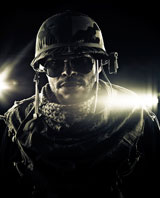