Since the recession struck the current administration has been criticized by its failure to practically help small businesses. Many small business owners called for an election and felt that a changing the party in power would be of massive benefit to enterprise.
However, a recent report conducted by the Federation of Small Businesses has found that this is no longer the case.

The poll surveyed over three thousand business owners throughout the UK and found that over forty per cent felt that a change from the current Labour government would not help small business.

Jessica Kelly, founder and CEO of new media agency ‘Tank Media’ comments; “The SME sector has been completely failed by the government. While they initially made some small steps to helping, such as the Late Payment Charter and reducing VAT, these were largely ineffectual. However, that doesn’t mean that I think changing the party in power would make a dramatic difference to enterprise. With the MP’s expenses scandal and all the spin, I think one is as bad as the other.”

Leigh Gough, enterprise director at the FSB comments: ‘The findings of our report indicate that while the country is now officially out of recession and the economy is starting to show signs of recovery, the SME sector are still resentful about the way in which the government has treated them during the economic downturn.”

We do Offshore Company Formations too!

Using our Admin Portal to change a Director’s Name 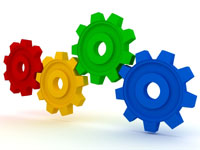 Setting up a Limited Company… all you need to know