The recent announcement that the government will use almost £40 billion of tax-payers money, to bail out both Lloyds and the Royal Bank of Scotland, has been met with overwhelming criticism from the SME sector.

James Thompson, owner of a chain of beauty salons across the UK comments: ‘The government’s pledge to inject even more money into banks, is just the latest of series of strategies, which prove the Labour administration is so out of sync with the opinion of most small business owners.”

Michelle O’Neil, founder of haulage company O’Neil’s Haulage, agrees: “It is well known that the UK’s economic recovery relies on the revenue generated by the SME sector and yet the government seems to be completely ignoring them. Any help they are offering is completely undermined by their overwhelming support of the banks.”

However, David Frost, director of the British Chambers of Commerce, believes that the SME sector needs to think long term, he comments: “Unless the new banks have finance available, they will not be able to begin lending to new company formations and growing companies. As long as this injection of capital is appropriated correctly, it could offer massive benefits to the company formation and SME sector.” 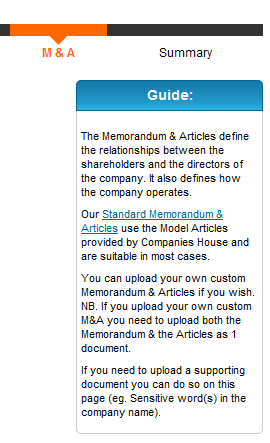 Fed up of logging in and out of Companies House Webfiling?

Can I change my company name?

What the Spending Review Means for Company Formation