A company that’s limited by shares is owned by its shareholders, each of whom will own a certain number of shares in the company.

A private limited company (in other words, a company whose shares can’t be bought and sold on the open market) may only have one shareholder – one individual who owns all the shares and therefore owns the company in its entirety.

In the event of the company being wound up or liquidated, the shareholders only have to pay the value of their shares towards any payments to the company’s creditors – hence the term “limited liability”.

The company’s articles will give a figure for the limit of each member’s liability in the event of the company being wound up. This is usually £1 per member.

If a company that’s limited by guarantee does make a profit, then it would be subject to corporation tax on those profits, unless the company has been recognised by HMRC as a charity.

Instead of shareholders, an LLP has members, and instead of directors it has partners. The members will nearly always be the same individuals as the partners. A corporate body (such as a company) can also be a member and partner in an LLP.

An LLP must have at least two partners and members.

An LLP doesn’t pay tax on its own profits in its own right. Instead, the partners pay income tax and class 4 NIC on their share of the business’s profit, like a partnership where the liability is not limited. That means that if the LLP makes losses in its early years, these can potentially be used to claim back tax on the partners’ other income, for example if they also have jobs outside the partnership. The difference from the above is when the LLP is being wound up, in which case it becomes liable to corporation tax in its own right.

If you’re in any doubt as to which structure would suit your business better, talk to your accountant.

Emily Coltman FCA is chief accountant at FreeAgent, who make award-winning cloud accounting software for freelancers, micro-businesses and their accountants. Try it for free at www.freeagent.com 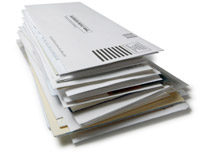 What post will you forward on with my service?

Yesterday we brought you the fantastic news that our Company Name Search App is now available on Android Marketplace. Well… 10 resolutions for entrepreneurs to action in 2019