In yesterday’s post, we looked at what to do when conflict occurs between two founding partners. Today, we look into what happens when you add board members in the mix.
If you have formed a company together and worked together for a significant number of years, through the difficulty of the start up phase and made it through various economic downturns, regardless of any personal difficulties you may have had , it is likely that you have a healthy mutual respect, based on the foundations of shared experience. However, if you have brought in a collection of private investors, you have relinquished an element of control to people who not only have a substantial economic interest in your company, but also a clear concept of how the company should be run now and in the future.
Rather than being muscled out by the other partner, being pushed out of the company they formed, by a board of directors probably ranks higher in a founder’s list of anxieties.
The most common boardroom disputes are caused by the conflicting opinions of the people that manage the day to day operations of the company and the investors who have never worked within the business as such. According to Wright “This conflict can quickly destabilise the board.” Here are list of warning signs to watch out for:

• A partner or board member consistently expressing his or her concern re another member’s opinion or ability.
• Board and Partners are increasingly split in the opinion of how the company should progress.
• Private alliances are being formed
• Personal agendas are becoming increasingly prevalent.
• Information is withheld

Moving the Registered Office to another country within the UK… 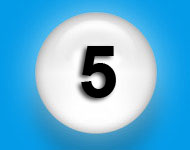 Last Updated: 17/09/2014 The SAIL address (or the Single Alternative Inspection Location) is the address where registers and records are…